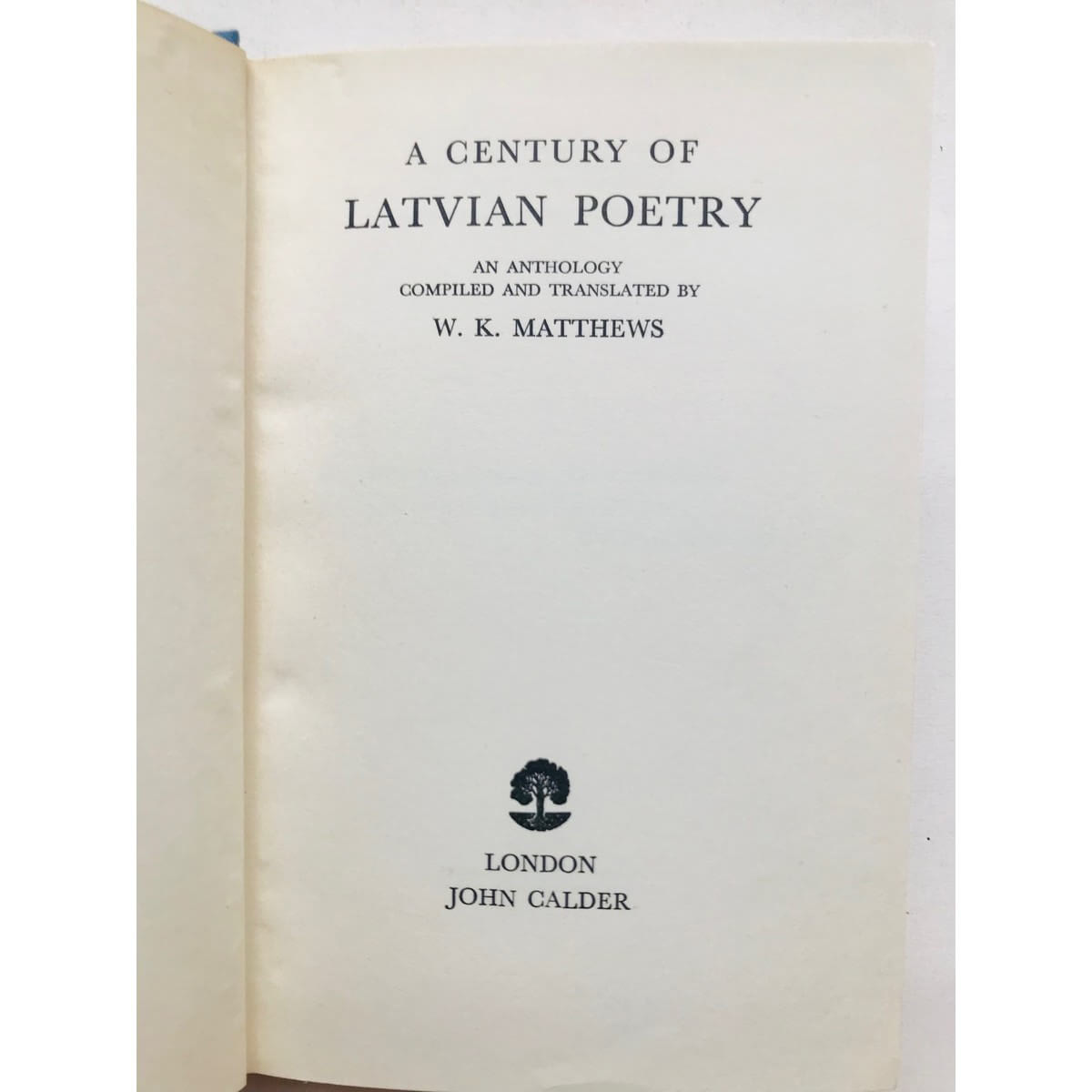 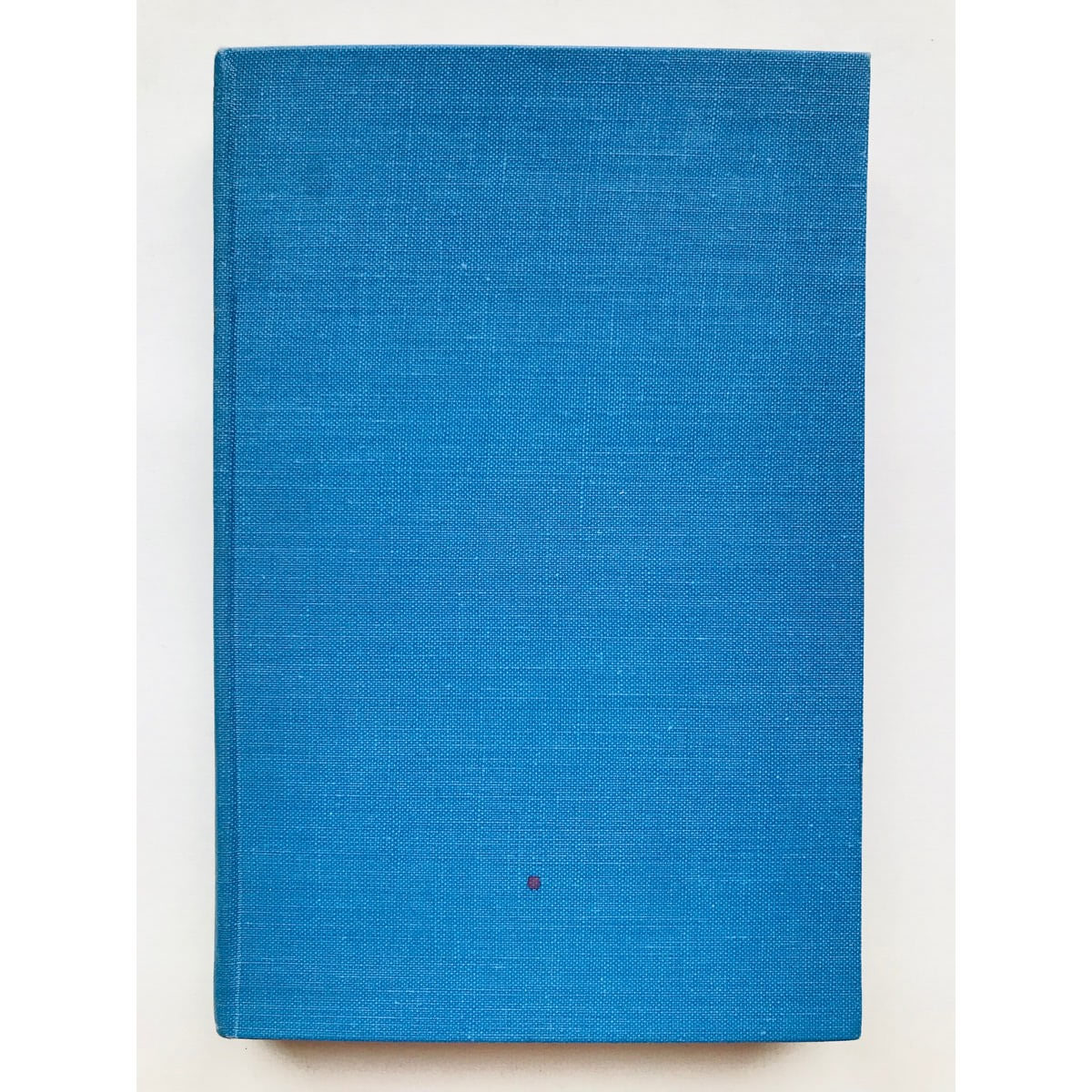 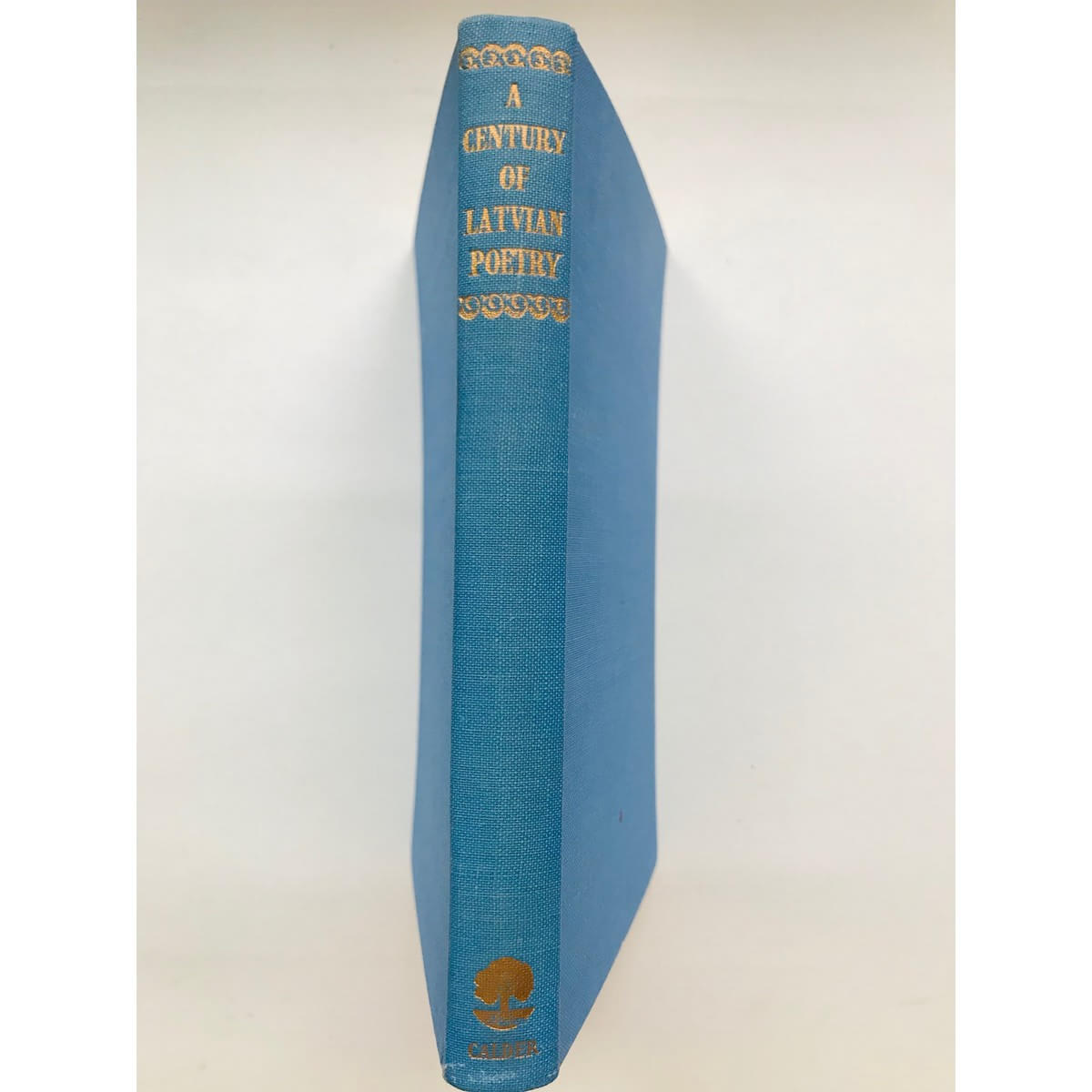 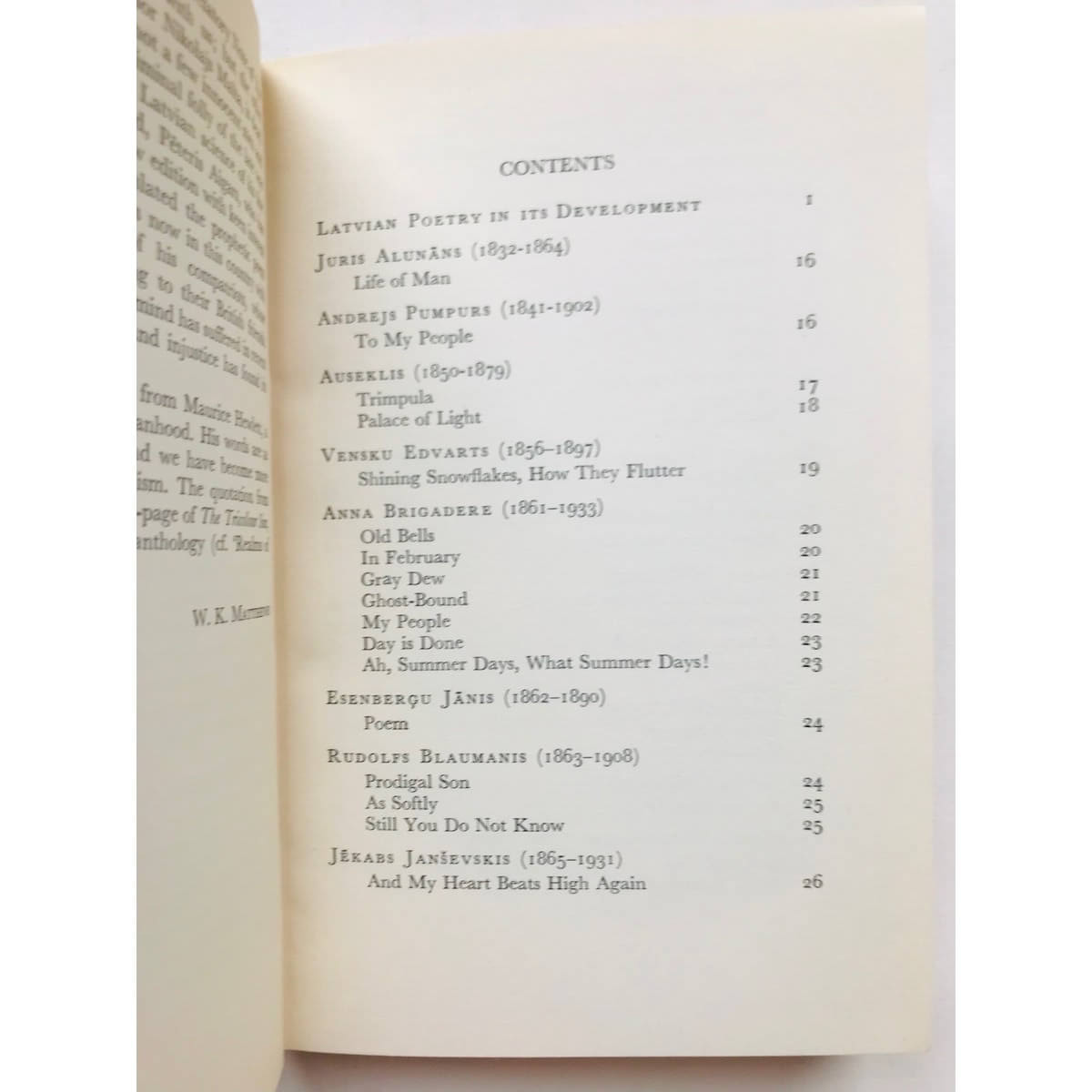 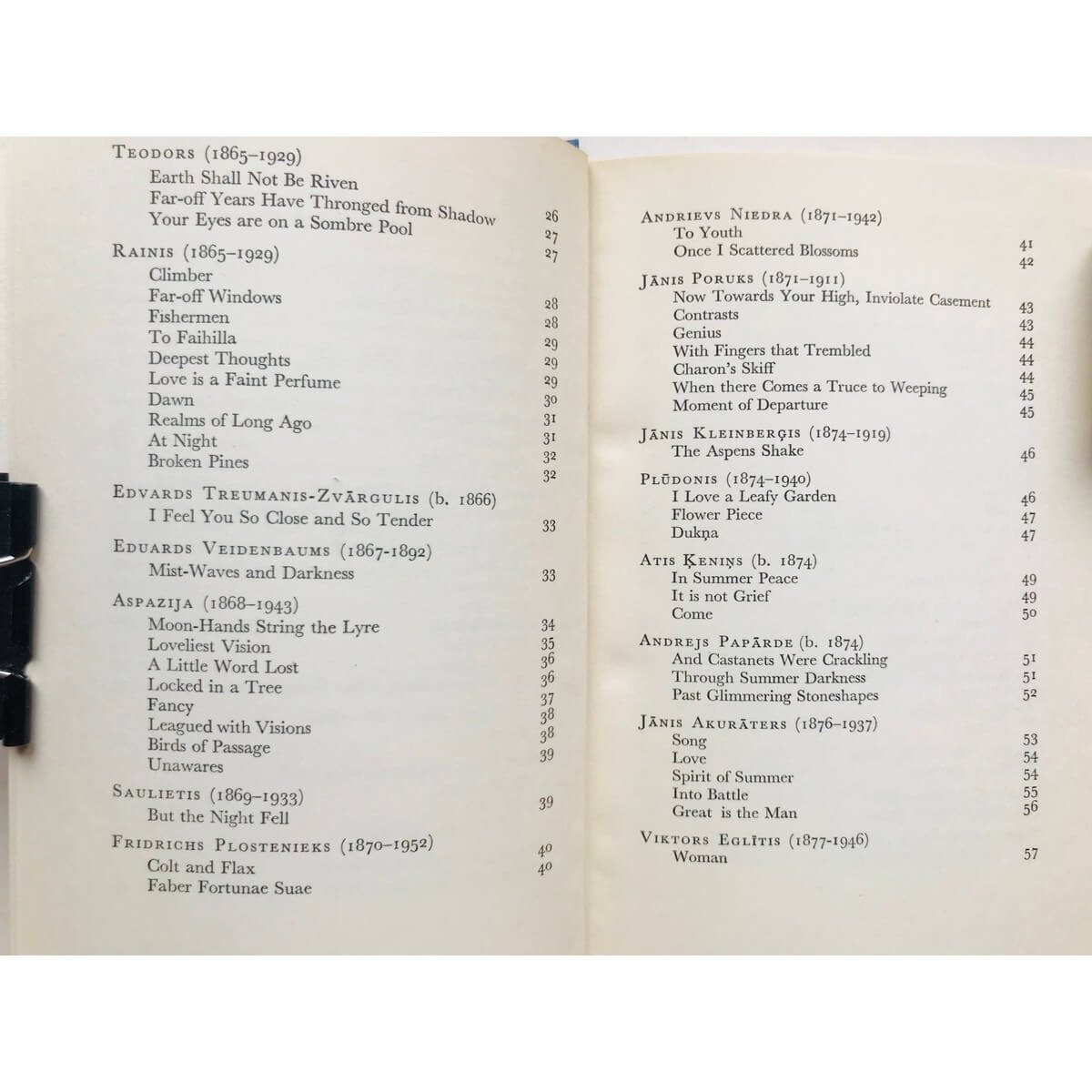 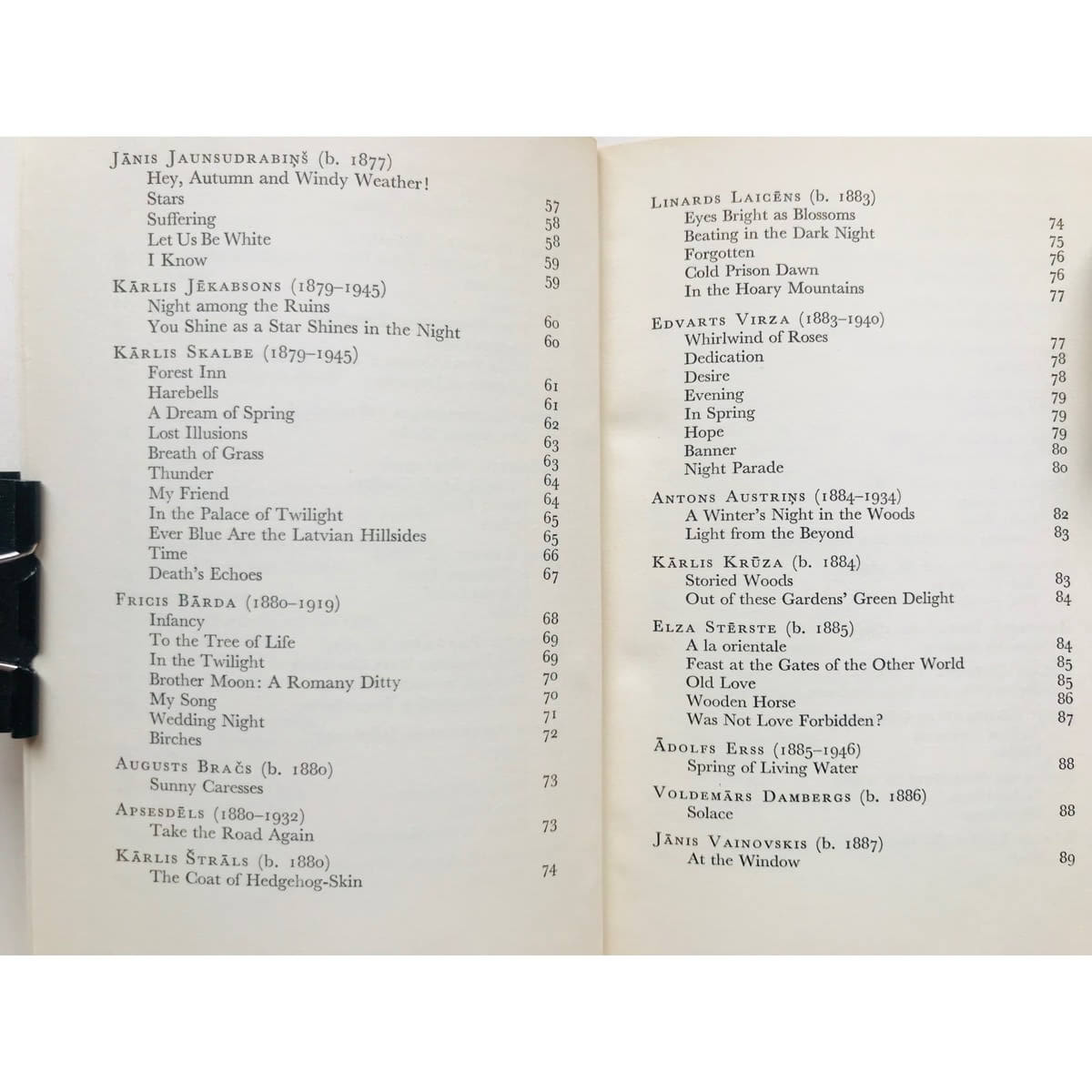 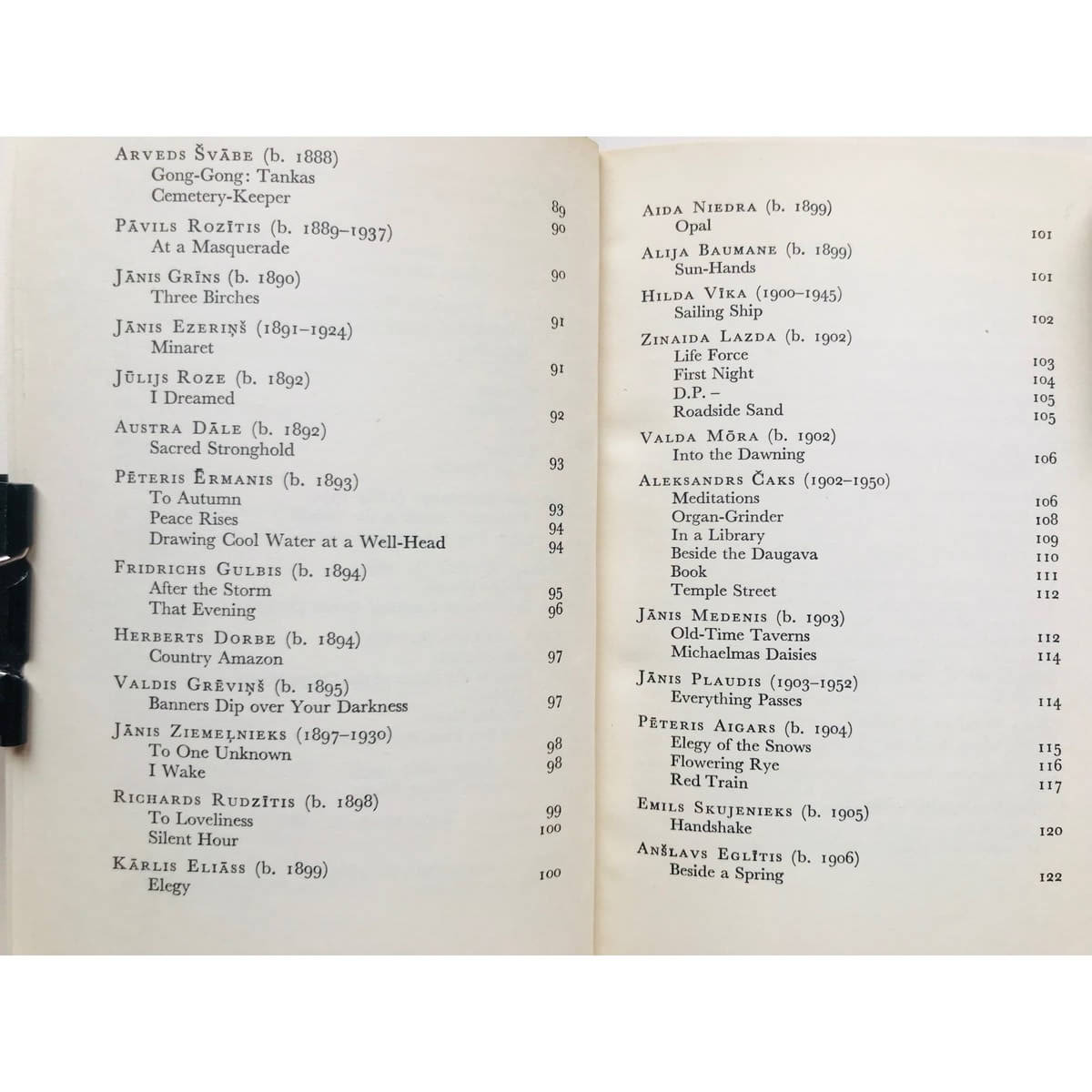 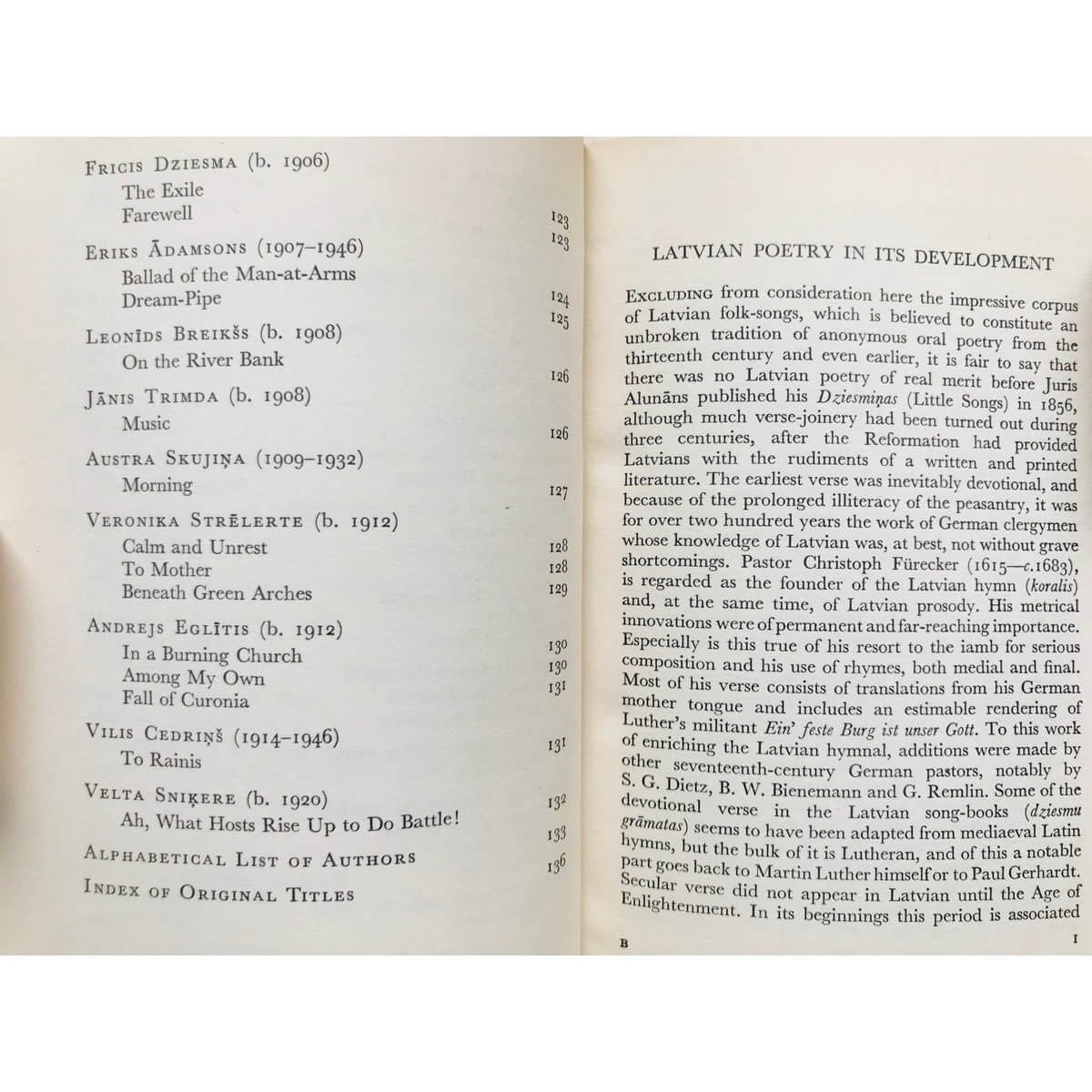 A Century of Latvian Poetry

William Kleesmann Matthews (1901-1958) was born in Narva, Estonia of an Estonian mother and an English father. The family came to live in Blackpool, Britain in 1914. After graduating from Manchester University, he gained a Ph.D from SSEES in 1926. His interests at that time were in Slavonic literature rather than linguistics. Matthews went to live in Latvia where he worked as a lecturer in English at the State Institute of English, at Latvia University. During this time he wrote several books, numerous articles on linguistic and literary subjects and also translated Latvian poetry.

After the incorporation of Latvia into the Soviet Union in 1940, Matthews was evacuated as a British citizen via Moscow to Australia. He returned to Britain in June 1945 and was employed once more by SSEES. From 1946-1948 he was lecturer in Russian and in 1948 became Professor in Russian Literature and Language. In 1950 he was appointed head of the Department of Language and Literature and also editor of "The Slavonic and East European Review". In addition to publishing several books on linguistics, Matthews wrote many articles on linguistics and literature and translations of Latvian, Estonian and Slovenian poetry.

Title: A Century of Latvian Poetry

Book Condition: Fine, Like New. Hard to find in such excellent condition.