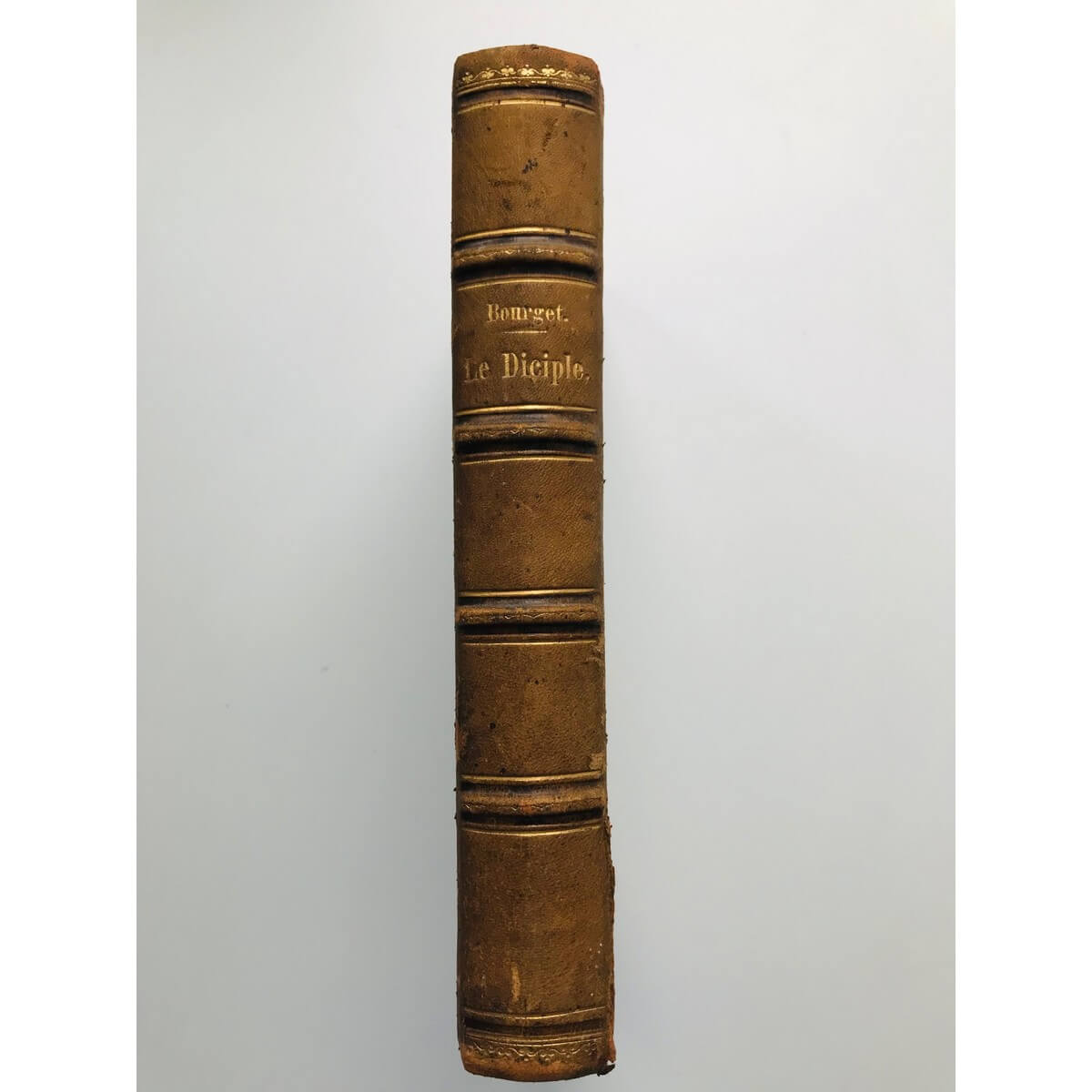 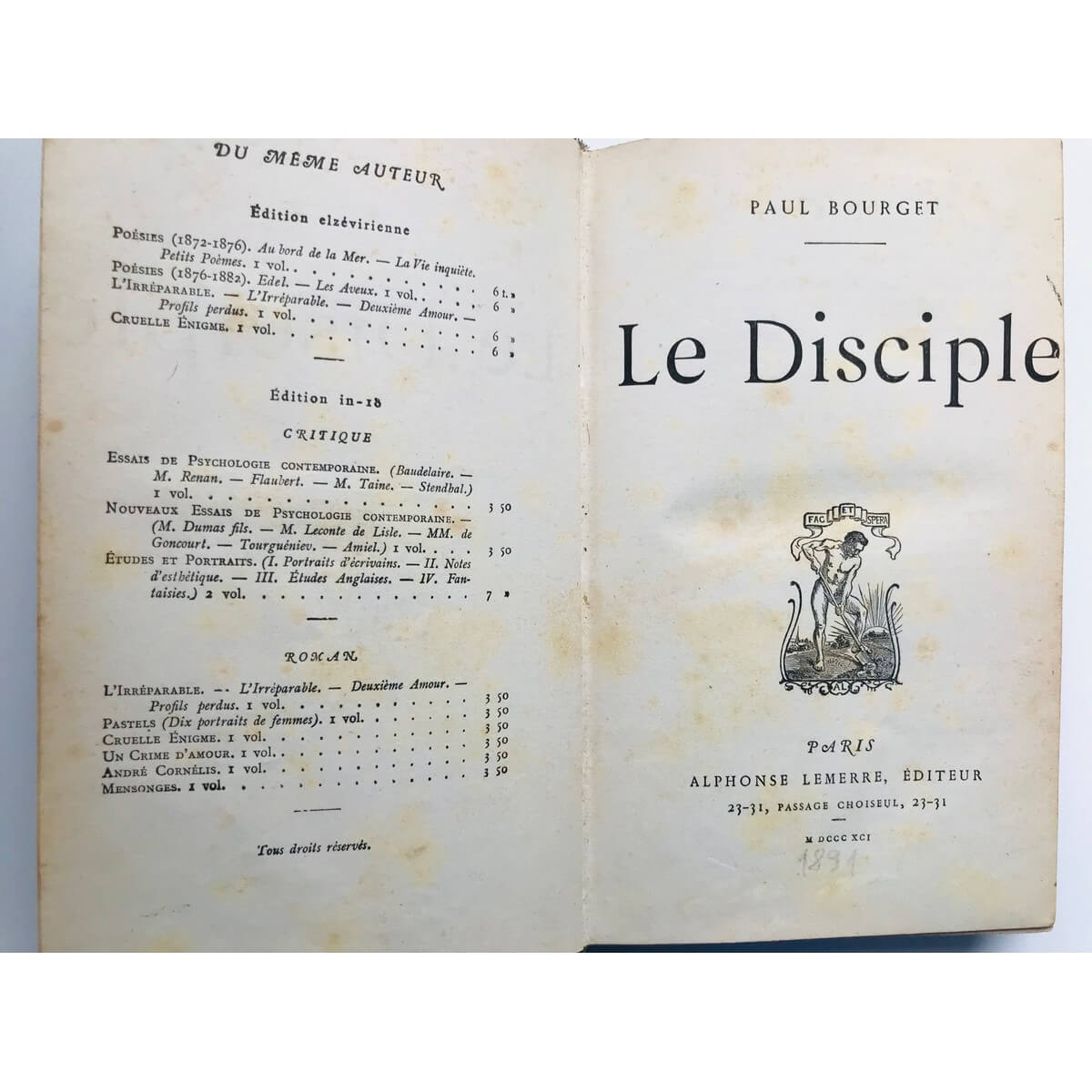 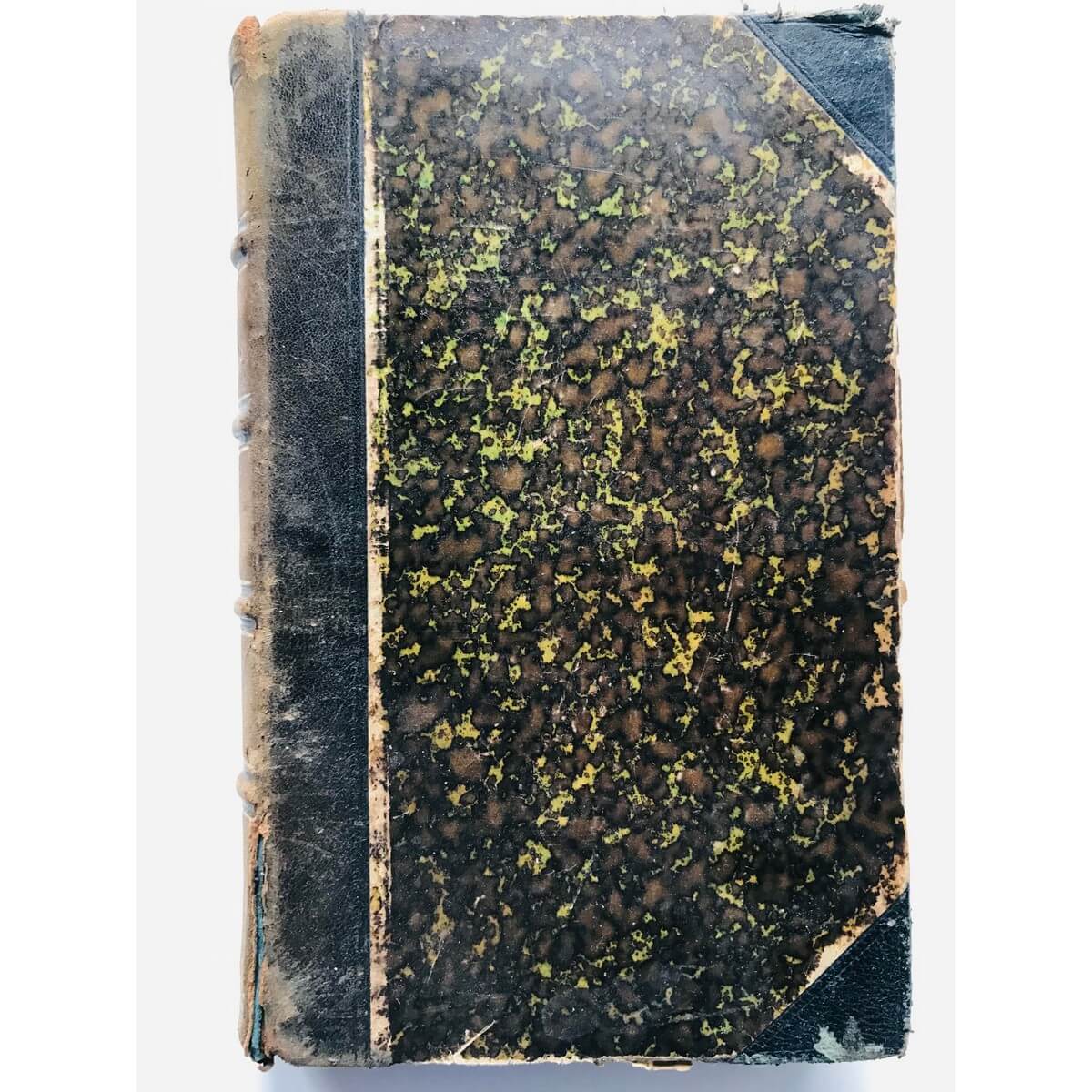 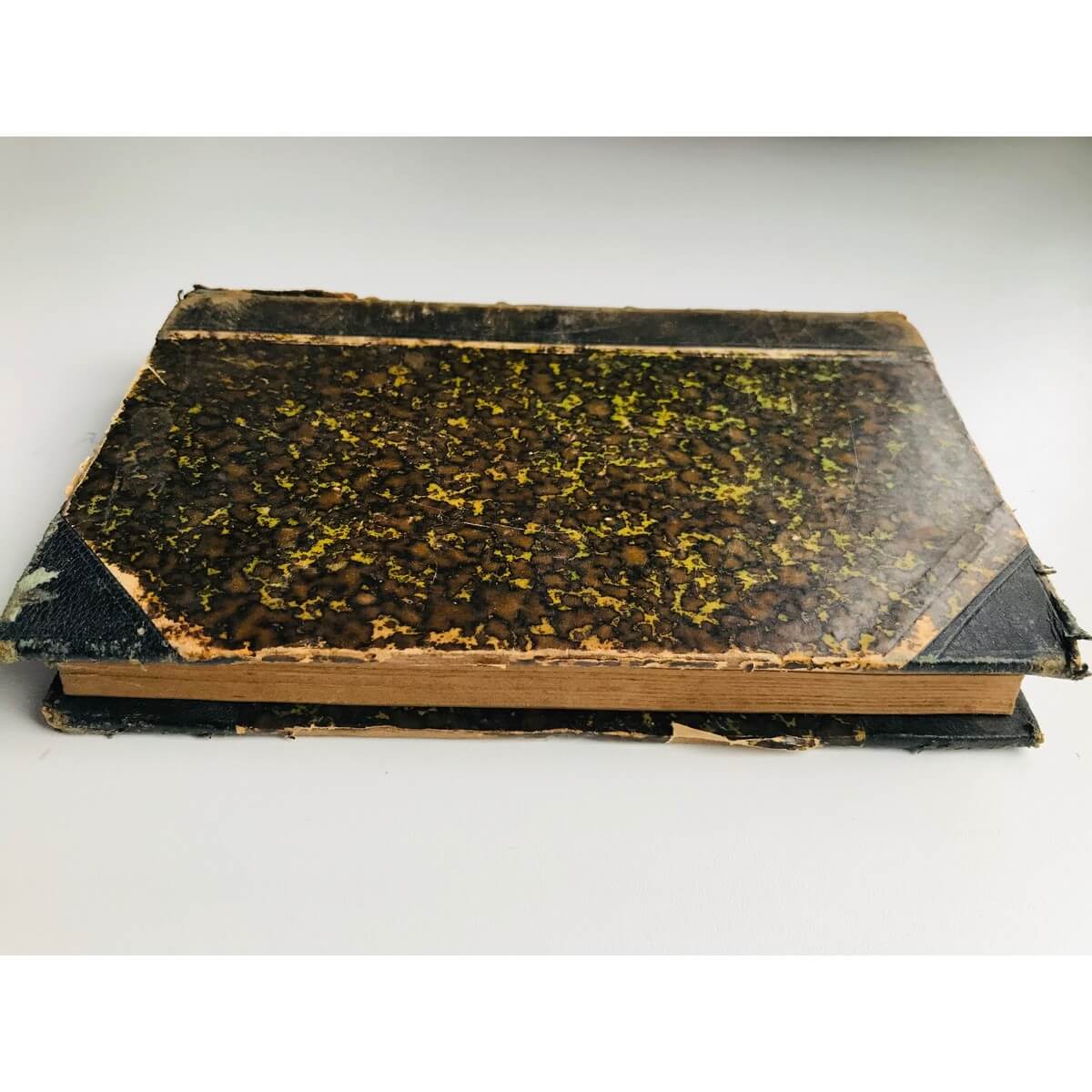 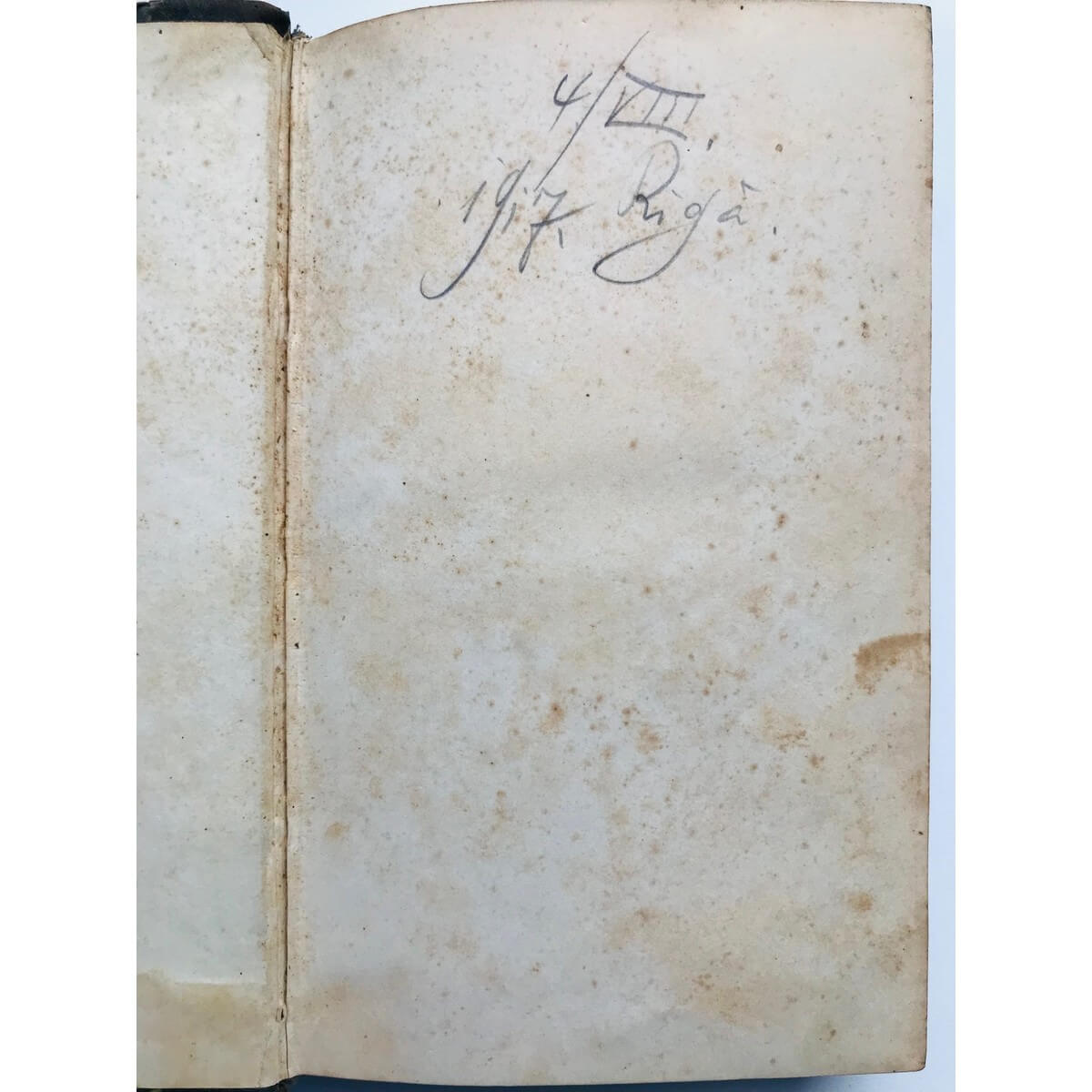 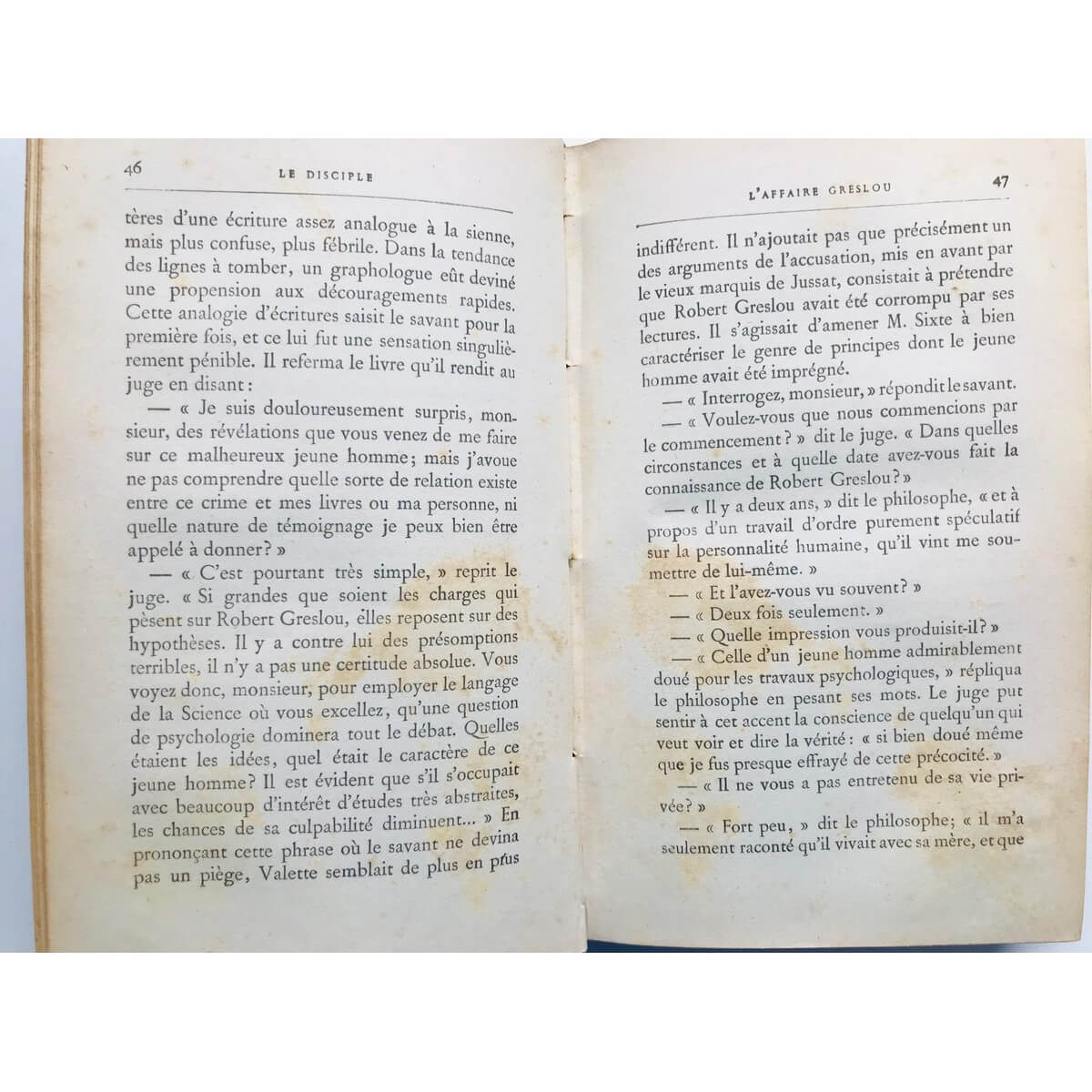 Paul Bourget (1852 - 1935), French novelist and critic who was a master of the psychological novel and a molder of opinion among French conservative intellectuals in the pre-World War I period.

He was nominated for the Nobel Prize in Literature five times.

‍Bourget’s most important novel, Le Disciple (1889), heralded a marked change in his intellectual position. Prefaced by an appeal to youth to abide by traditional morality rather than modern scientific theory, the novel portrays the pernicious influence of a highly respected positivist philosopher and teacher (who strongly resembles Taine) on a young man. Applying the philosopher’s teachings to life, the young man plays dangerous games with humane motions that end in a tragic crime. Bourget was converted to Roman Catholicism in 1901. His later novels, such as L’Étape (1902) and Un Divorce (1904), are increasingly didactic theses in support of the church, traditionalism, nationalism, and monarchy.

The book condition is Very Good. Shows slight wear at edges of book and book spine. Original half leather binding.