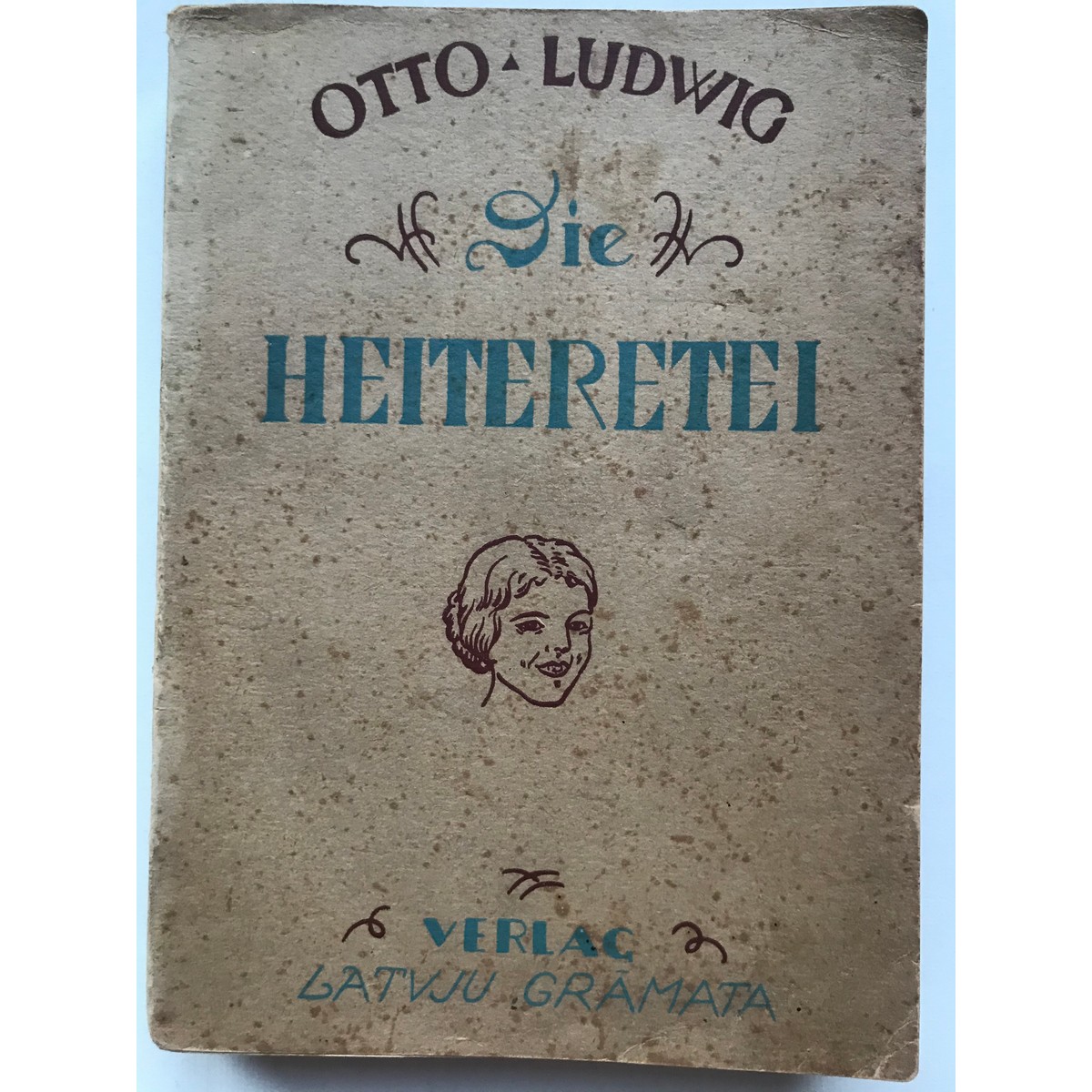 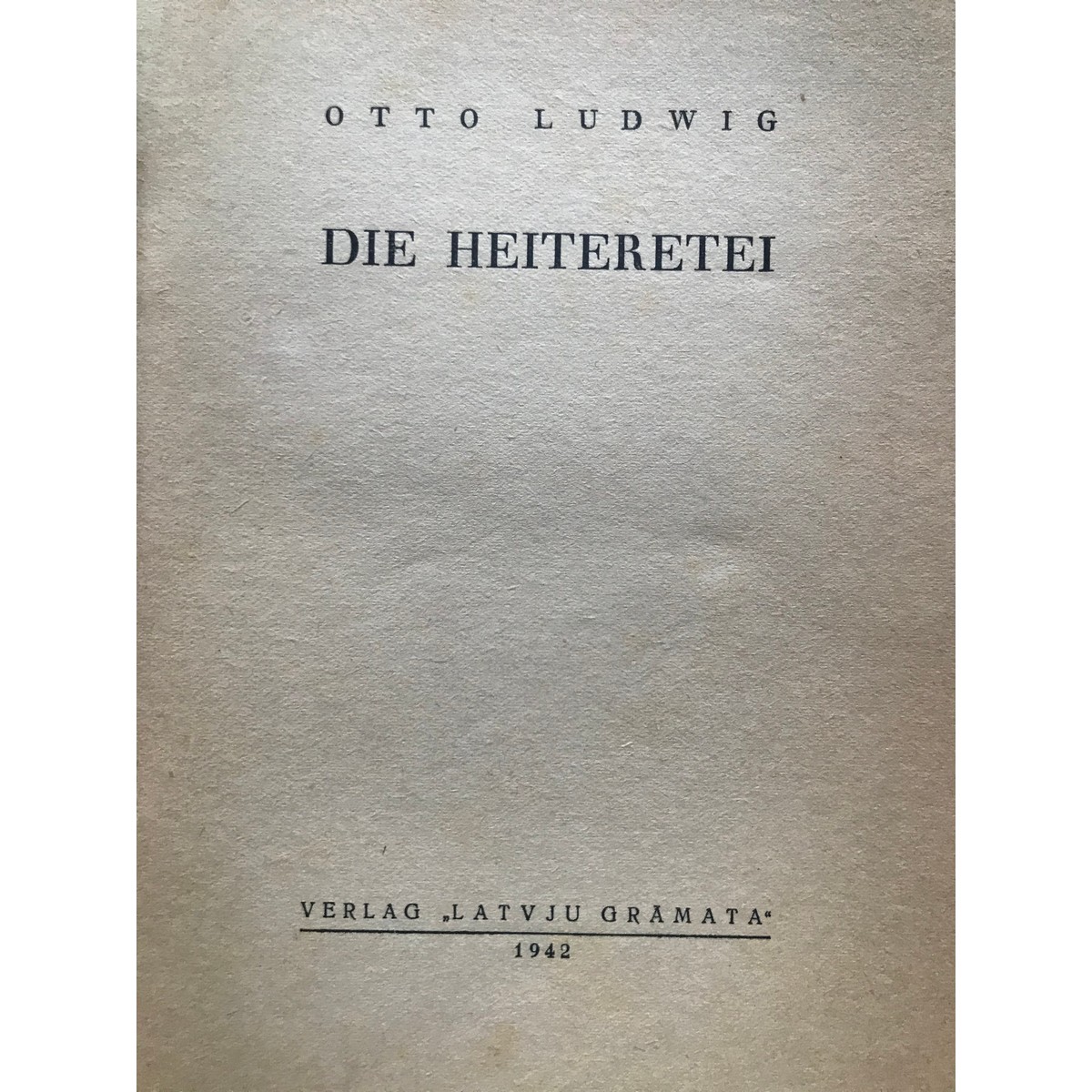 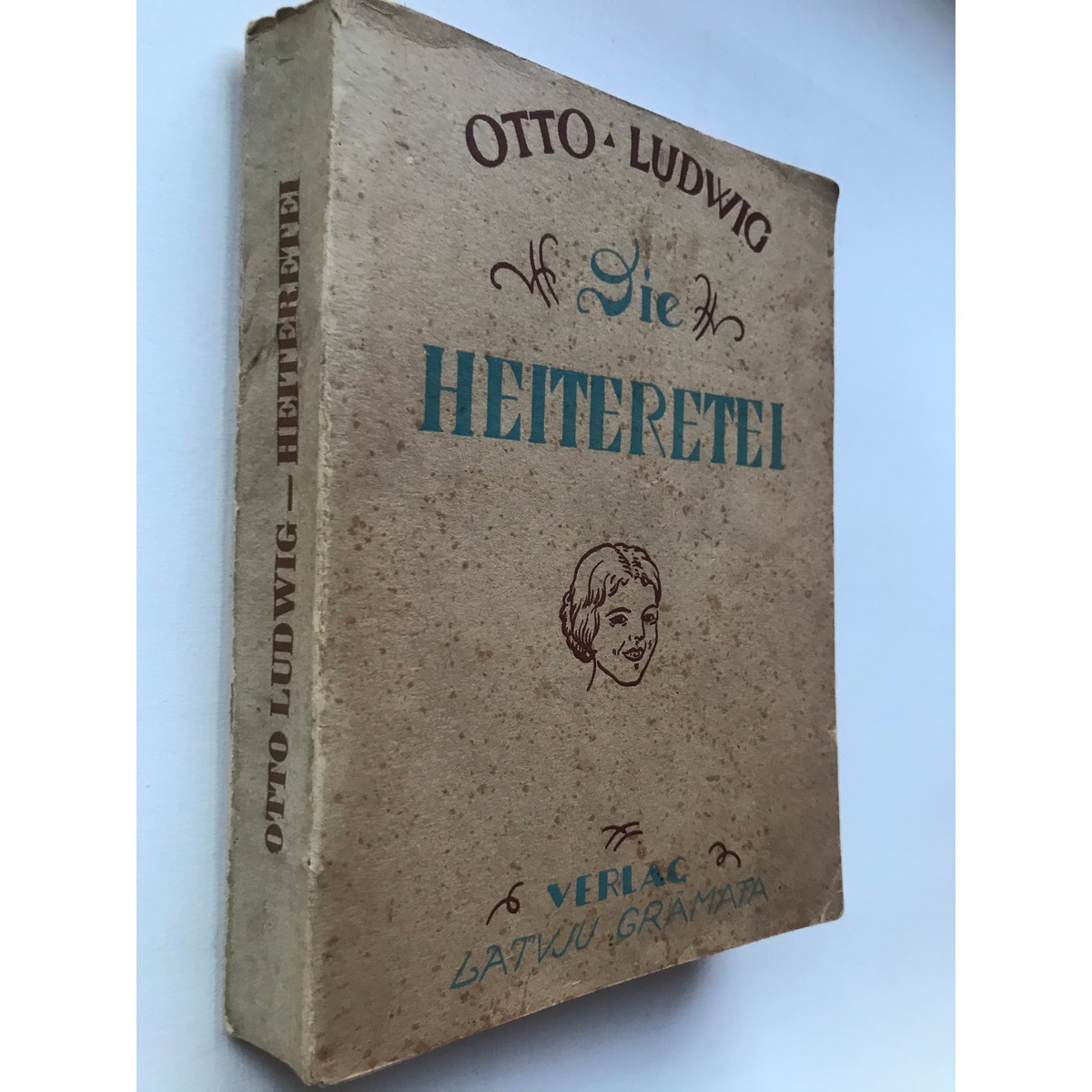 Otto Ludwig, (1813 - 1865), German novelist, playwright, and critic, remembered for his realistic stories, which contributed to the development of the Novelle. He coined the expression poetischer Realismus (“poetic Realism”), later used to describe the writing of many of his contemporaries.

He was one of Germany's first modern realists and one of the most notable dramatists of the period.

His more enduring work includes a series of stories on Thuringianlife, characterized, as were the dramas, by attention to detail andcareful psychological analysis. The most notable are Die Heiteretei und ihr Widerspiel (1851; The Cheerful Ones and Their Opposites) and Zwischen Himmel und Erde (1855; Between Heaven and Earth).

The book is Very Good. Foxing on the cover. Pages clean.